I recently asked veterinary surgeons from across the globe on an online forum to tell me their top three pet hates (pardon the pun) about veterinary clients and the behaviours that drive them crazy. As vets we deal with people from all walks of life, some who love their pets more than anything and some who unfortunately don’t. We also have a lot of frustration and stress in this job directly related to dealing with clients, and trying to keep them happy despite often very unrealistic demands and expectations. Although most clients are lovely and a pleasure to deal with, many vets will tell you that it only takes a few frustrating clients in your working week to make you wonder why you entered the profession in the first place! So here’s some of the common examples of ways to sap us of all our energy and good will. Please take note, and appreciate the tiring and often despairing position from the other side of the consult table.

Here are the top 20 ways to drive your vet crazy: 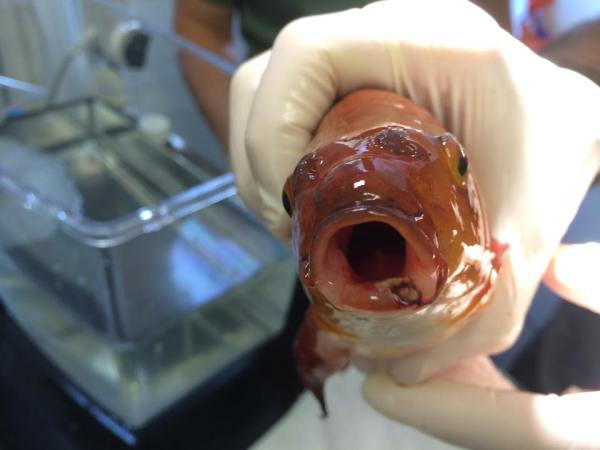 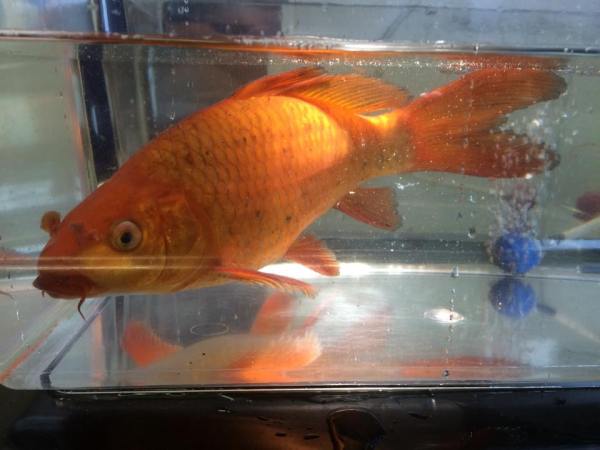 A 5 year old Koi Carp presented to clinic when the owner noticed an unusual pea sized growth that appeared on the inside of her lower lip just inside the mouth. So far it hadn’t caused any issues with feeding for example but the worry was that it would grow and impede eating or even be a malignant or cancerous growth of some type. The decision was made to perform surgery to remove the tumour under general anaesthetic. 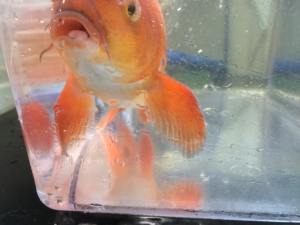 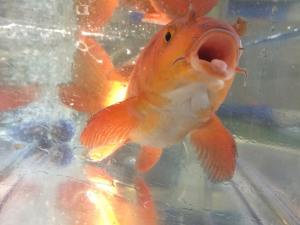 Now you’re probably thinking, how do you anaesthetise a fish?! Well let me tell you……

The owner brought the fish in along with several bags of her own pond water to use during the procedure, so as to reduce stress. If we used tap water it may have a different pH or temperature and added chemicals which could harm or stress the fish. This is the last thing we want in an anesthetised patient so it is far safer and less stressful to use the water from the fishes own pond or aquarium. A series of three containers were used as anaesthetic induction and recovery tanks, with an air pump oxygenating the water in each through an air stone to drive bubbles through the water. In anaesthetising fish, the drugs we use have to be infused into the water and are absorbed by the fishes gills, which are the equivalent of our lungs. Underneath the operculum or large scale covering the gills lies a series of delicate gill filaments packed with capillary blood vessels. Oxygen and carbon dioxide are exchanged through these tiny blood vessels from the surrounding water, just as we take in air to our lung tissue for gas exchange. Any drug we administer in the water also gets absorbed through the gills and enters the bloodstream. In this case I added a liquid drug called Phenoxyethanol to the water in the first tank of pond water in gradual increments until the fish started to become anaesthetised. It is critical that we control the plane or depth of anaesthesia in any of our surgical patients, and fish are no different. 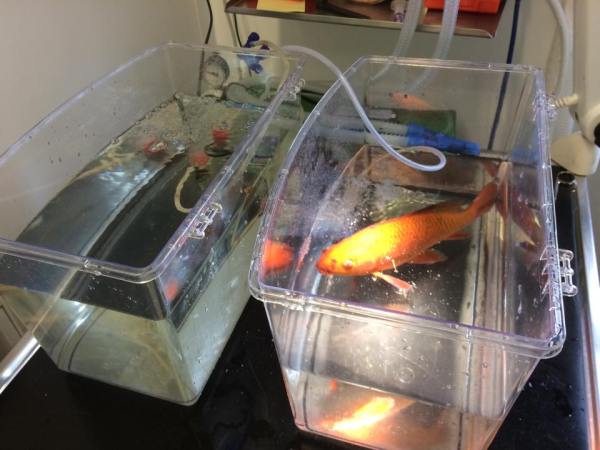 When a fish is entering an anaesthetised state, initially the respiratory rate increases and we see gasping and fast opening and closing of the gills. Next the fish starts to lose it’s balance and floats on it’s side. At this point the respiratory rate slows down and the gills move less frequently. Gradually the fish becomes less and less responsive to touch or other stimuli. This is the point at which we can commence surgery. I removed the fish from the induction tank and weighed her before calculating an appropriate dose of pain relief and injecting her in the muscle on her back. Then she was placed on a wet towel to prevent drying or damage to her scales, and Sharon the nurse lifted the gill cover (operculum) and syringed oxygenated water containing the anaesthetic agent over her gill filaments to keep her oxygenated and anaesthetised throughout the procedure. This lump removal was very simple therefore only lasted a couple of minutes, but in longer operations we would avoid having the fish out of water for too long a period. Generally every 3-4 minutes we would replace the fish back into a recovery tank to re-oxygenate and if she became too light (regaining response to stimulus) then quickly transfer her back to the induction chamber to get her deep enough to continue with the surgery again out of water. So, very long procedures in fish surgery involve a lot of dunking, and finely balancing the plane of anaesthesia via concentrations of anaesthetic in each tank. 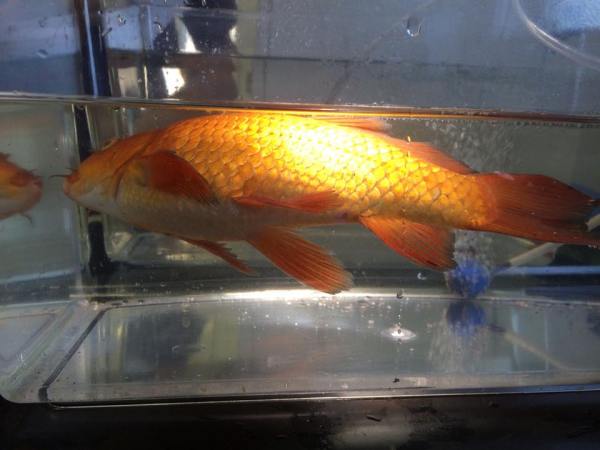 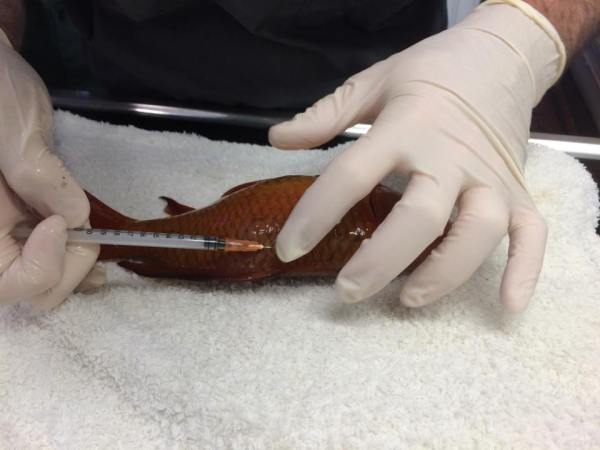 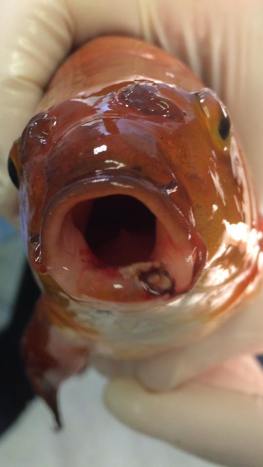 In this case, I used a scalpel to carefully remove the tumour at the base and cauterised the wound with heat after to stop the bleeding. It was just approaching lunch time and my stomach was grumbling. Grilled salmon, anyone?! Once the lump had been removed and bleeding stopped she was replaced in the plain water recovery tank to excrete the anaesthetic compound back into the water. As she regained consciousness and her respiratory rate rose in the recovery tank the anaesthetic agent was cleared from her system. Finally she was placed back into another tank of pond water to fully recover, as the initial recovery tank was now contaminated with low levels of the anaesthetic agent, keeping her somewhat groggy. She made a great recovery over about 15-20 minutes and waited in an oxygenated container to go home and be returned to her pond and shoal of mates. Due to cost constraints we are not sending the lump off to be classified so unfortunately do not know if it was a benign or malignant tumour.

So there you have it, Fish Anaesthesia and Surgery 101! Special thanks to Sharon our amazing nurse (now fish anaesthesiologist!) and vet student Tana, the talented photographer. 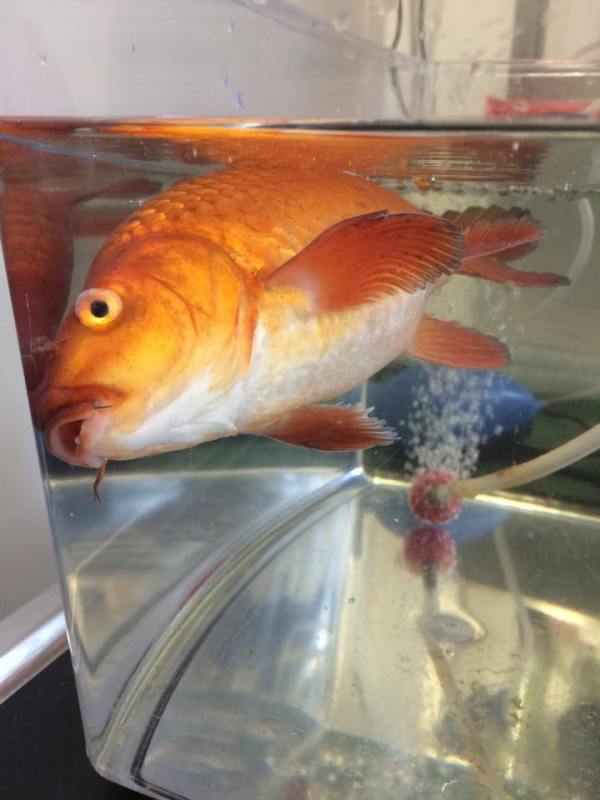